‘There is a light,

A certain kind of light,

That is shone on me”

Every passage of time has a song.

This has been it.

The song that got played a thousand times, as a thousand suns rose golden, and a thousand suns set pink and when a thousand stars flooded the night sky – and a thousand tears fell down my face as I myself fell deeper and deeper into knowing. I’ve been listening to it for nine months now. As we’ve been apart because of work or because of a time for more understanding.  In those aching moments of distance between us. Distance that has always in the end, brought us even closer together when it’s finally over. Distance that I so want to end forever now. Now that I finally get it.

This song might have been one of the ways in which I was given the miracle that I prayed so hard for; because there’s a line:

‘Wanted my whole life to be lived with you. Lived with You.’

It’s so simple. It said everything to me. Whenever I heard this one line, I would once again know our commitment to one another, and remember that to create a lifetime of togetherness you have to have infinite patience and unending understanding. I was discovering that somehow I am capable of more of either of those qualities than I had ever even imagined.  Me!

‘You don’t know what it’s like to love somebody the way I love you’.

So it’s the song that defined 40 days and 40 nights of separation and awareness, love and patience, devotion and faith – faith that these are prayers that are being heard, and that angels are whispering answers.

I’ve been making my Dreamboard all week.

It’s all about our life together. Mr and Mrs L.  I’ve decided that I want to stop work, and be at home. Focusing on us. Building our life. Writing. Preparing for a wedding and for bringing a baby into the world. I’m so clear. We brought in the New Year together. We talked. We’re both so clear that that’s what we both want.

I posted a request to the Universe yesterday:

“Dear 2013, It’s only 1 week in and you’re hitting me with a hard thing. After spending NYE with L, I want to go home and get on with a 2013 gameplan, even if it means giving up work for a year. But I have a job 90 miles away from Newport Beach and debts to pay – and believe me they have to be paid. All i want is to be in a teepee, taking a break from clients and projects for the next 12 months, building my life with L, writing, getting ready to have a baby. I can’t commute 180 miles every day because it wrecks my body so I’m staying in a town 90 miles away from him so we can’t get on with our life together. I also can’t financially afford to give up work because no debt in the Universe goes unpaid. Everything has to be paid otherwise karma bites you in the ass. So-please provide crystal clear, workable, rewarding and immediate solution. I know you can show me. Thanks so much, Rakhi xxx P.S. For my part, I am working on my dreamboard. You’ll have it by the end of this week. You’ll know from that what kind of solution will work. The angels will tell you.”

I thought he was joking.

So I thought if I told him about the extraordinary things that happened today, and he saw the video I shot when it happened, then he might understand, as I do that 2013 can hear me – I know that it hears me very clearly.

When I woke up this morning the first thing that flashed up on my screen was a short and simple message. I felt it’s truth in every cell of my body. ‘I know this,’ I said, ‘I’m so ready.’ 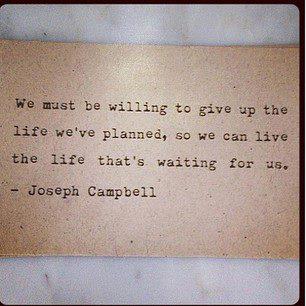 An hour later this morning my sweet L – who doesn’t know what I posted – texted me spontaneously to say there’s a project up there I can step in to right away. And that’s no small miracle in itself because for the last 7 weeks solid he’s told me he doesn’t believe he can cope with the overwhelm he’s going through if I am working – and has wanted me to stop work and be at home with him for a little bit instead.

And now this morning, within 12 hrs of making my request, I get this:

‘How soon can you stop what you’re doing and start in this new project? You can work here, and be here with me Love – not away anymore. When will you come home Love? I believe you can start here right away. You can come home now Love.’

The Universe is listening.

I told him that I’d have a think about how soon I can exit the project I am on.

I’ve been unwell all day, but decided to go for a walk to get some air and sun. And to think.

As I walked I thought about how the client would be disappointed by my exit. They had plans and they want me to execute them. I wondered if I ought to stay here, 90 miles away from the life that I want to have, till the end of the month.

But why would I stay, I wondered when I just asked for an immediate solution to be given to me?

L needs support. He needs me now. Not in a month.

He’s overwhelmed and disoriented and sends me texts all throughout the day telling me what he’s doing, always saying  ‘I miss you deeply Love. When will you come home?’

Suddenly I had clarity:

I can’t stay a month.

I need to go now.

I remembered the image that had greeted me this morning when I woke:

I found myself outside of a cafe that I go to around here. I decided I’d go in. Maybe some tea would calm this madness. I don’t like changing significant direction suddenly. Leave now – right now? Really?

There’s a piano there. There’s always the same guy playing the piano. He’s suitably bohemian: hipster – beard and  glasses, tight jeans and white vest and beret. He was playing when I got in.

I wasn’t well today and the noise hurt. ‘It’s too noisy’ I thought. ‘Everything hurts I need to go back to bed…’ I decided I’d leave again. I was about to leave when I stopped for a second just to think for a moment before the sunlight would hit my eyes again.

‘Really?’ I asked myself, ‘Really?  You’re going to tell the client you have to leave this week, and that you just won’t be available to develop those ideas for them after all – when you’ve been preparing the 2013 strategy materials. Really?’

I saw my Dreamboard flash up on the screen of my mind.

The client isn’t on it.

This town isn’t on it.

Those projects aren’t on it.

‘It’s OK for you to go, ‘  – I thought I could hear those words loudly from somewhere.

The room around me seemed to go quiet:

‘You wanted to go and now it’s here– your solution. ‘

‘You can go now. Go now and get on with your life together.’

A feeling of deep calm washed over me.
And then it started.

There was music coming from the piano. And I knew this music.  And it’s never been played there in 5 years of my visiting that place. Not once. I looked up.

And it wasn’t the hipster. It was a man who had looked me directly in the eye when I had walked in. He was a tech guy. He was on his cell phone when our eyes had met for a second. In front of a Macbook Air, and with an i-pad next to him, all his files spread out on the table. He was wearing a blue shirt and blue jeans. He was in his 50s. A straight shooting tech type.

I couldn’t believe it as he broke the first line:

‘There is a light.

A certain kind of light

A light that is shone on me…’

Just as I had made a decision to go – to go NOW.

Just after me asking for a solution yesterday.

Just after L having a change of heart this morning, and not only accepting that I should work, but also lining up a project for me to walk in to.

Just as I was feeling that this is it – it’s time to go, but my heart was having such a hard time convincing my intellect that it’s really OK to do this –

My song of separation and awareness, love and patience, devotion and faith – and knowing.

We live in an intelligent Universe. Everything is listening. All of the time.

I filmed him because I was so stunned. Tears fell continuously. When he finished, no one clapped – as if they hadn’t even heard him play. He turned around, smiled directly at me, put his jacket on and went back to his laptop.

I remembered again the image that had greeted me when I woke up this morning:

I turned and walked out into the afternoon sun.

Knowing that I am going to leave town this week.

Knowing that I am going home.

‘You don’t know what it’s like to love somebody, the way I love you’

Rakhi is a writer and producer living in Laguna Beach with her fiance. After seven years of helping her clients realise their dreams, Rakhi is now embarking on pursuing the biggest dream of her life: to create a life where she gets to write and make films for a living, where she gets to be a mother, and in which, in about six years from now she obtains her PhD in behavioural neuroscience specialising in Autism and neurodevelopment disorders; It's her ultimate dream run a charitable foundation in her spare time called The Forty Days and Forty Night Project - a travelling creative art lab that sets itself up in the deprived areas of Los Angeles, London or New York, or slums of India, the streets of Brazil, and the villages of the Congo to let street children get to know themselves through the practice of meditation, yoga and creative expression: from writing to photography to fashion design to film making.